When Jasmine and Tony bought a house in Troy, they applied an attitude regarding their home’s appearance that was similar to how they treated their vehicles: As long as it was functional, and the inside wasn’t messy, the outer appearance was of no concern to them. They were perfectly content to drive around in a dirty car, and similarly gave little thought to what the outside of their new house looked like. The inside was the important part since that’s where they spent their time, they figured.

Unfortunately, Jasmine and Tony had to abandon that philosophy when their roof developed a leak, right above their living room couch. Figuring it was simply a cosmetic concern, the couple had let the exterior painting of their roof’s fascia boards deteriorate to the point where there was no longer a seal to protect them against the elements. The boards began to rot, and it wasn’t long before moisture began to find its way inside.

The couple realized the importance of keeping up with their exterior house painting too late. In addition to improving the appearance of a home, paint also seals wood that would normally be vulnerable to exposure to rain and sun. Without this protective seal, it is only a matter of time before the wood starts to show signs of damage that can spread to other areas of the house.

If you live in or near Troy, Missouri and want to make sure your home is sealed against the weather, look no further than Daniels Brothers Painting. Our house painting service is friendly, professional, and effective. Contact us today for a free quote!

Don't Take Our Word For It, Our Satisfied Clients Say It All

Check out the testimonials from our happy customers below 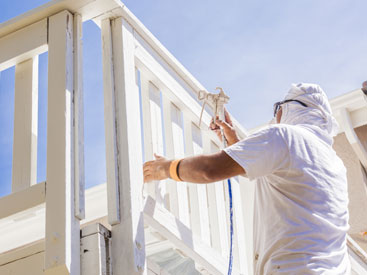 Daniels Brothers Painting has been providing excellent service to our customers since 1985, demonstrating all the characteristics of a quality company. No job is complete until our customers are completely satisfied. We make it a point to always go that one extra step to make sure our customers are amazed at their results. No matter the job, we will get it done right and better than you even expected; we promise you will be satisfied! 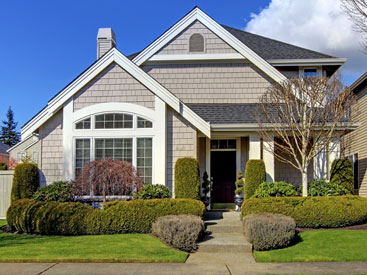 We can help you bring all your ideas and dreams to life. No longer just wonder how it could look, let us make it a reality for you. We are happy when we know we have made your dreams come true. There is no greater sense of fulfillment than when a job is completed and we have presented our clients with a product that is beyond their greatest expectations. Your smile lets us know that what we are doing is all worth it. 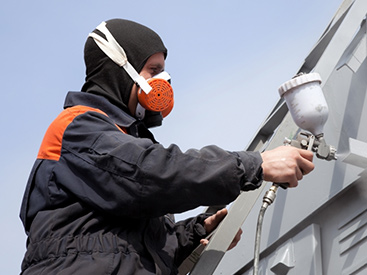 Have a big area that needs a new coat? Don’t know how you could possibly ever have the time to paint your entire office yourself? Stress no more! Daniels Brothers Painting will take care of all your commercial painting needs for you. We offer a wide variety of services to make your commercial business space feel brand new and put you on top of your work game. Stand out, feel new, let us help you make your company’s space one of a kind today.